See you on August 19, 2023 for the 49th Annual Milford Oyster Festival in Downtown Milford.

The Milford Oyster Festival will have 30,000 oysters! All oysters harvested in Milford waters by Briarpatch Enterprises, Inc. Try the sweet taste of Milford oysters and enjoy them with a craft beer or premium wine.

The Festival has something for everyone! Enjoy the video from the the 48th Festival. Scott Stapp, one of the greatest rock vocalists, will be the main stage headliner at this year’s Milford Oyster Festival. Scott Stapp is a grammy award winning songwriter, solo artist and lead vocalist of the rock band Creed.

He has sold over 53 million records and has been streamed over 1 billion times. He also has eleven #1 singles. His last album The Space Between The Shadows (2019) debuted at the top of the Rock and Album charts in the U.S. and U.K. Creed burst into popularity in 1997 with My Own Prison and would dominate rock radio throughout the early 2000’s. Followed by Human Clay(1999), Weathered (2002) and Full Circle (2009), Creed broke airplay records, sold out arenas, and won a Grammy for “With Arms Wide Open.”

As a solo artist, Stapp released The Great Divide (2005), Proof of Life (2013), and The Space Between The Shadows (2019). Rolling Stone wrote, Stapp is “a singer with an enormous emotional range and a composer of startling originality.” Milford Oyster Festival has events happening all over the festival grounds, all day long! Click the links below for schedules and info: The Milford Oyster Festival will have 30,000 oysters! All oysters harvested in Milford waters by Briarpatch Enterprises, Inc. There will also be other great foods and Beer & Wine in TWO locations! 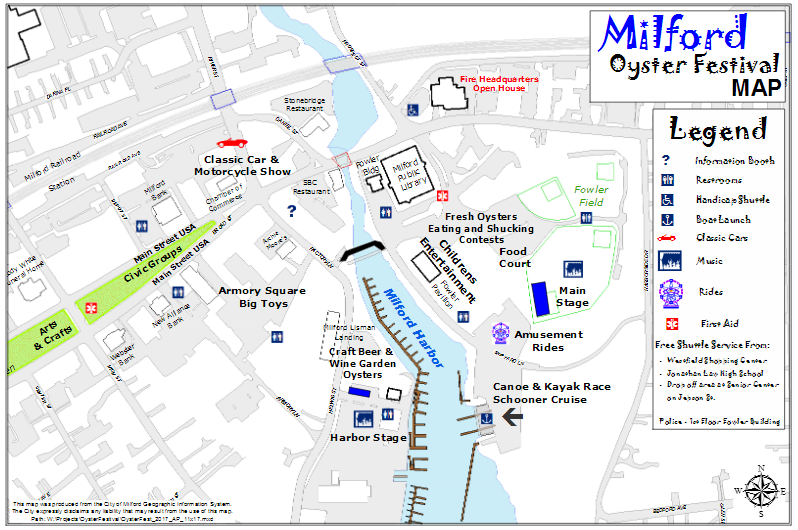 There are many options for parking and transportation to and from the 2022 Milford Oyster Festival.